Quantum is committed to supporting our local area and in doing so support our local workforce and helping youth get into work.

There are a number of different obstacles hindering the local youth as with many areas in south wales, young people are leaving school with little to no qualifications and a bad work ethic or inexperience in finding themselves work.

Quantum helps bring down some of these obstacles by looking past the hurdles in front of young workers and seeing the potential after training rather than the skills brought to the first interview and the way they are presented (showing up presentable in a formal interview is not always easy for young workers), this allows young workers the chance to start with a company and develop their skills both in the job they are doing and future employment skills such as interview confidence and presentation. 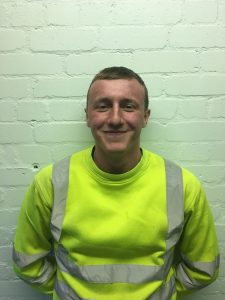 Matthew started with Quantum in October 2017 when he was 17, he showed a good work attitude and willingness to learn new skills. during his 6 months as a yard worker he developed a number of skills in sign making and preparing traffic jobs to general yard duties. After his 6 months he discussed with us his intention to go out on traffic shifts.

After reviewing his progress Quantum helped Matthew develop his skills and gain the necessary qualifications to go out on jobs and once he turned 18 we moved his role to a traffic management trainee and he has now started his assessments on becoming an operative. 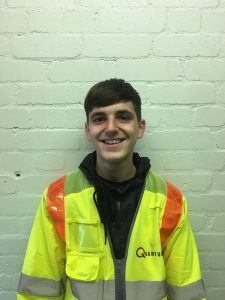 Thomas started with Quantum this year (2018) and filled the position Matthew left when he chose to further his training to a traffic management worker, He applied for the role the same day we posted it on Friday, by Monday he came in for an informal interview and on Tuesday he had his first trial shift with us.

Thomas has showed a keen interest in developing new skills including sign making, design, safe loading/unloading procedures and yard maintenance. He’s made several strides since joining us and has kept his determined motivation throughout. He has already undertaken a basic training course to further his understanding of the traffic industry, Quantum has seen his positive attitude and after discussion we have helped him gain his provisional licence due to him informing us he would like to take on more vehicle duties within our yard when he turns 18. We look forward to helping Thomas gain his driving licence next year which will be a big development for his independence. 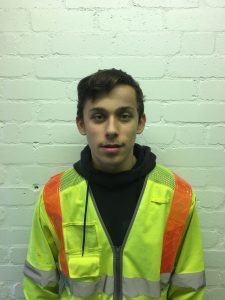 Dominic joined us in October this year (2018) and has fit very comfortably into his role, Quantum decided to split the yard worker role into a youth development role as we interviewed several adult candidates but decided that giving the opportunity to two local young lads would have a greater impact on their development and training than an already experienced worker.

Dominic has already taken on several independent tasks and has responded extremely well to the training in his role, he shows a keen attitude and willingness to take on and learn new tasks, he has excelled with sign making, design and sign maintenance.

Splitting the role allows the two yard workers to divide up their tasks themselves and gives them the independence to choose jobs they each enjoy and can thrive at.

Quantum’s so proud of our Yard Workers in training and the progress made with the Youth Development Scheme, we look forward to reviewing this scheme at the end of 2019 both ourselves and with the input from our trainees to highlight areas of improvement and allocate resources/time accordingly to always be moving forward with the scheme.